Back to Main Page / BRT vs Rail

Competition between rail and bus transport solutions is nothing new. In North America, the appeal of Bus Rapid Transit (BRT) has largely been spoiled by the political class. Perceiving BRT as a cheap solution, political authorities have tended to underinvest in the infrastructures and facilities required for it to flourish. On the other hand, tramway projects generally come with massive investments in the urban renewal of the neighbourhoods where they are to be deployed, enhancing their public image. 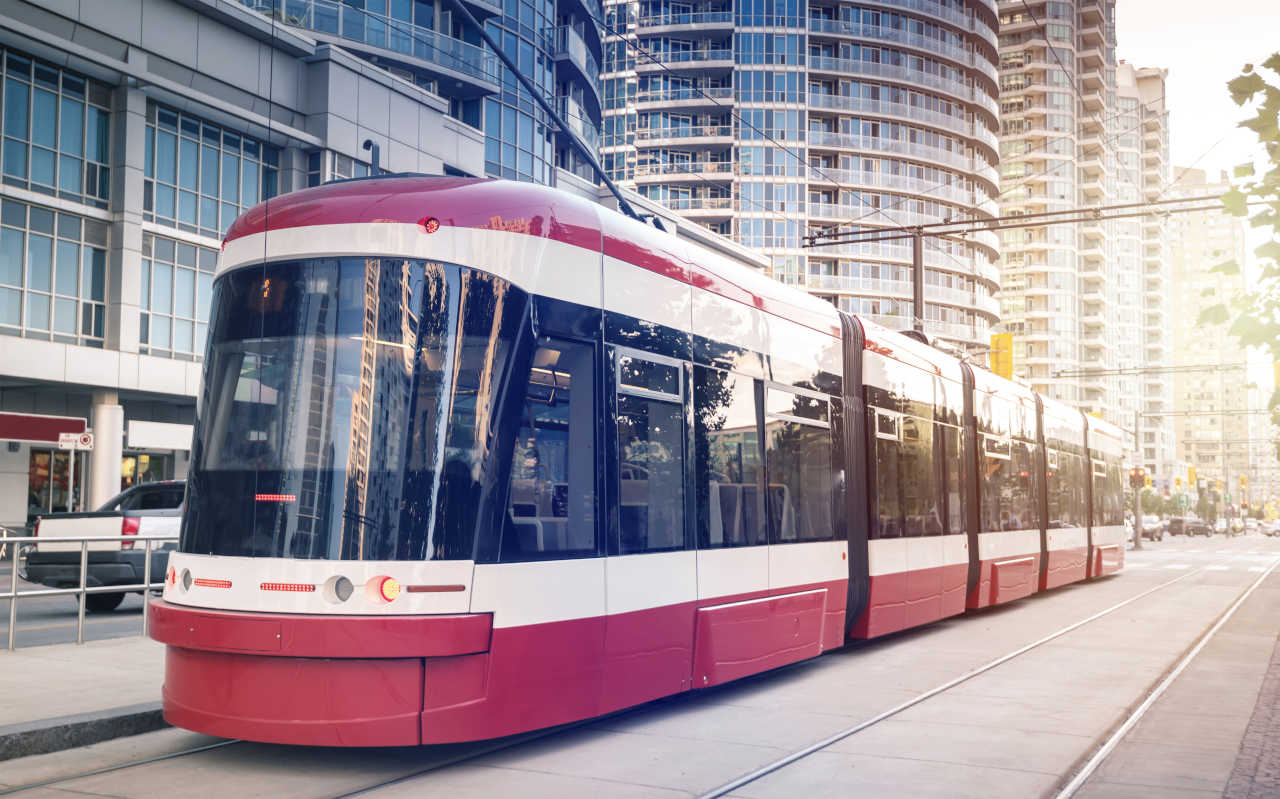 The idea of BRT was put forward to use buses in order to imitate light rail services. However, in North America, two factors have so far limited the full development of this concept: 1) the inadequate deployment of several projects due to an approach favouring lower costs over high quality, efficient solutions; and 2) limitations in bus capacity that make it difficult for them to provide the same level of service as rail solutions.

But first, let’s adequately define the notion of BRT because the term has been much abused. According to the official industry standard, BRT is:1,2

The industry uses a scoring system to define several deployment levels ranging from basic to bronze, silver and gold.1,2 In Canada and the United-States, no gold level project has ever been commissioned. Most are classified bronze or basic. There are two silver projects in the U-S. It should be noted that many projects purporting to be BRTs do not meet the minimum standards of the basic level. Much more than a simple improvement in bus services, a true BRT service provides infrastructure investments and an operating model that promote speed and efficiency. 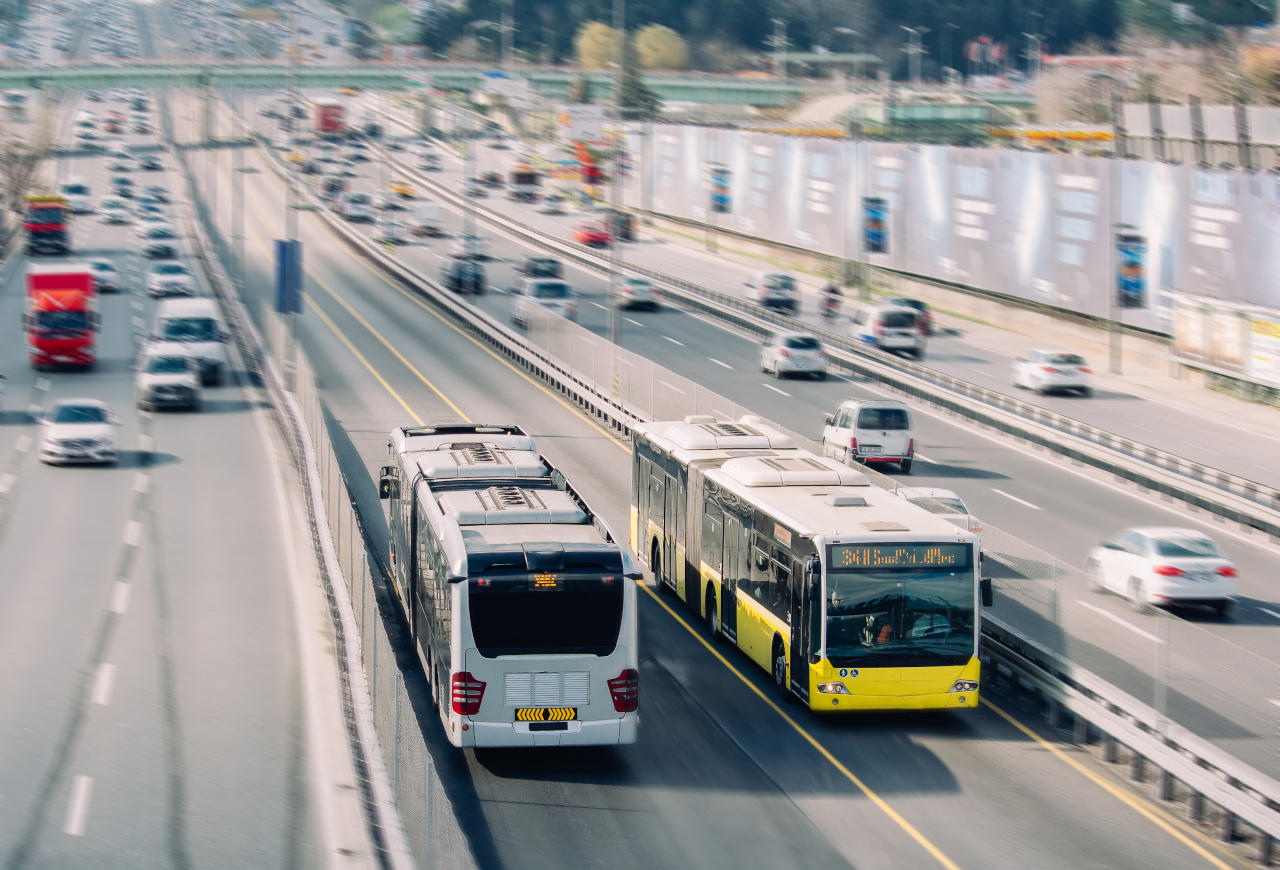 The undeniable advantage of BRT over light rail is definitely its cost. Rail services cost more because of the extensive infrastructure they require, namely: rails and switches; stronger roadbeds (due to the weight of railway cars and its impact on underground networks); catenaries and related equipment; special depots linked to the system by rail tracks; extra labour to satisfy the demands of rail constraints (large radius curves requiring more road work and restructuring, tunnels to avoid steep grades, etc.).

Although each situation presents several unique factors that can strongly influence its cost, the median price of a light rail project hovers around 50-100M$/km, while a quality BRT project (ITDP gold standard) is in the order of 15-30M$/km.1,3,4

Although light rail projects currently enjoy great popularity in North America and around the world, such massive investments are hardly sustainable in the long term. They are particularly not economically justifiable for many agglomerations that are considerably more spread out and less dense than large urban centres.

There must be a better mix of transit alternatives, and Pantero offers a game-changing solution.

A Few Myths About BRT

Let's set aside vehicle characteristics and capacity for a moment to look at other issues at the heart of the bus/rail competition. Over the years, several studies have been carried out comparing BRT services to rail alternatives. Although we can learn a great deal from various cases' successes and failures, several myths still need to be debunked.

Despite the fact that several public figures are trying to build up this idea, the reality is much more subtle and nuanced than they would have you believe. An in-depth analysis of the issue shows that a quality BRT service can replicate both the functionality and the attractiveness generally associated with rail services. Moreover, even a minimal, low-investment service performs remarkably well per dollar invested. In fact, the choice between a rail service or a quality BRT has only a secondary influence on popular perception of desirability. It is not the tramway itself, but the efforts made toward revitalizing an urban area set to receive a project that enhances positive public perception.5

An analysis of this issue shows that passengers perceive the comfort of BRT services as equal to that of light rail systems.3 This is especially true nowadays considering the electrification of vehicles and the smart systems like driver assistance and acceleration and braking controls with which they may be equipped. That said, the main comfort factors that have been identified are the quality of stations and the number of passengers on board, with crowded vehicles being a significant source of annoyance.

BRT services are often seen as better suited to sparsely populated areas. However, experience shows that under the right conditions, they can promote urban development and more sustainable growth just as well as rail systems.4 The ITDP conducted a study of 21 BRT or light rail corridors in 13 North American cities.6 Its research shows that BRTs generate more transit-oriented development (TOD) investments per dollar than light rail systems. Public policies favouring TOD approaches are actually the best tokens of success. Therefore, the perceptions held by city planners in developed countries to the effect that rail systems bring about more development than high-quality bus systems appear to be unfounded.3

Two factors limit BRT services: the service capability of the vehicles themselves and, by extension, the possibility of commissioning a sufficient number of vehicles during a given period. It is these discriminatory factors that justify choosing rail over BRT.

A 12m long North-American bus can accommodate about 80 passengers. An 18m articulated bus can take approximately 130 passengers, while a 24m long bi-articulated bus (not yet deployed in North America) can carry up to 180. Data that sometimes indicate much higher theoretical numbers are not practically realistic in the North American context. Comparatively, trams measuring 25m to 50m in length have a typical passenger capacity of 170 to 350 passengers. For their part, LRT vehicles can accommodate up to 600 passengers or more.

And now, the crux of the matter. The cost of drivers typically represents 50% of the operating budget of a public transit authority bus network. It may seem easy to simply double the network's capacity by doubling the number of buses in service, but the impact on the operating budget makes this generally impossible and uneconomic. Most public transit networks are under pressure to maintain a balanced budget and passenger fares make up only a small part of their financing. Consequently, added revenues derived from increased ridership do not cover the increase in operating costs.

This is one of the important factors explaining why cities wishing to increase their transit services favour light rail systems, and especially trams. Since higher government levels shoulder the high capital costs of building rail infrastructure through specific financing instruments, municipal authorities take on only direct operating expenses, which remain reasonable. The current financing model therefore significantly influences which projects are prioritized by elected municipal officials.


These references are available in our Documentation Centre.